You know what’s a guaranteed recipe for disaster? Having a play for Aladdin starring a problematic middle-aged man during a pandemic.

Honestly, this whole play is confusing, to say the least. Why have Ahmed Ezz, a man in his 50 probably play the role of a teenager? Why his co-star be young enough to be his daughter? Why cast the whitest actress in the country to play the role of Jasmine?

Just so many questions!

Our main issue, however, is having Ahmed Ezz cast in a children’s play amidst the “Me too” movement. Instead of holding him accountable, he’s being celebrated every single day and paid millions in the process.

What’s even more disappointing is the fact that the leading lady is a supposed self-proclaimed feminist, but we’ll leave that to another article.

With that said, the play hasn’t been causing as much buzz as it’s meant to have, which led to the creators using a very cheap promotional technique to have people talking about it.

Okay, hear us out. We’re not some heartless monsters who don’t want to sick people to get celebrated, but there’s a huge difference between celebrating someone and throwing a pity party for them.

The case in this play is that they throw them a pity party.

We could be wrong and about the situation, and maybe this whole thing happened out of kindness. Not gonna lie, we thought the same it was maybe a nice gesture when it happened with Lotfy Labib, but after it happened with Mo’men Zakaria, we had to second guess their intentions.

The play received the best PR and promotions it can get, all for free. We went from not being aware that this whole thing even exists, to sharing multiple posts about it. And we guarantee you that next week, we’ll be seeing another sob party happening.

But who knows. Maybe Ahmed Ezz really is a good guy. Could even be a great father one day… Oh, wait. Nevermind. 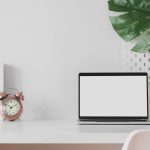 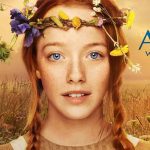