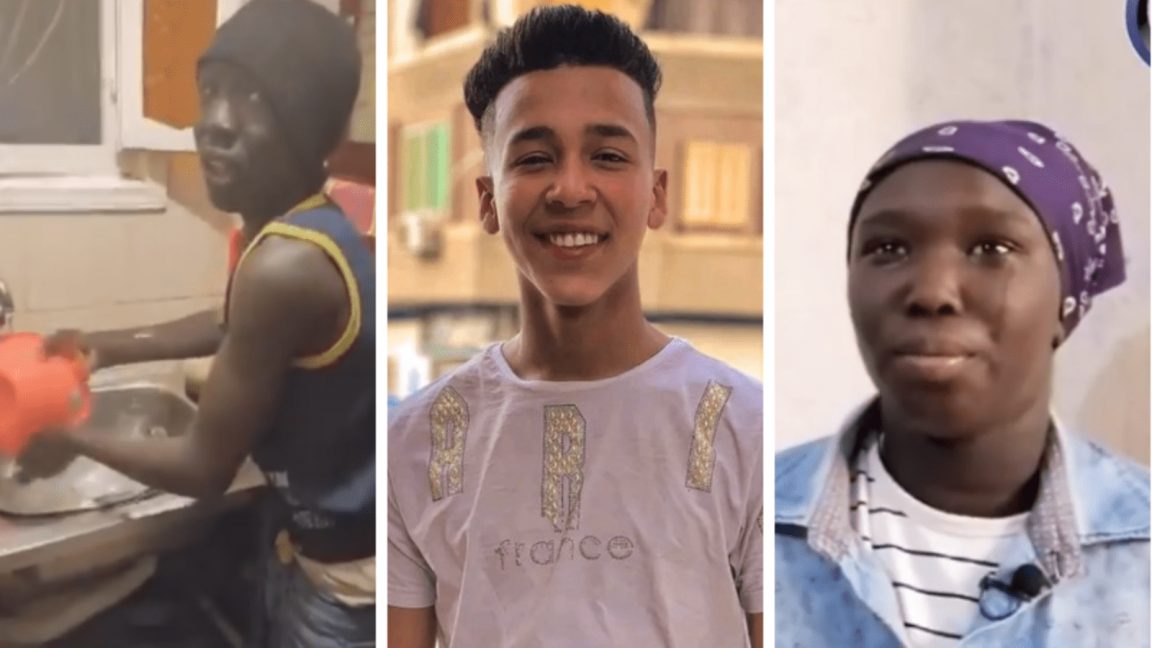 There has been a video circulating on social media recently where a South Sudanese boy being abused at the hands of an Egyptian teenager, Khaled, who posted the video on his Tiktok account.

The video is hard to watch, and we recommend you don’t if you haven’t already. Instead, we will explain to you what was in the video.

The video starts with the South Sudanese boy in front of a sink, looking behind him with fear before he was met by a slap on the back of his neck.

The slap was by Khaled, who stood behind him and began to scold him and insult him, using obscene words.

Khaled asks the child to start insulting himself, and he agrees in fear.

He holds the plate to wash it, and it slips from between his hands from the intensity of fear and trembling.

Khaled asks him to wash while he insults him, and the child quickly agrees for fear of a new slap.

The video ends after a few seconds, with no context or explanation of why the child was in this situation.

The video has since been deleted from the Tiktok account, but several other internet users reposted it.

People’s reaction to the video:

The incident sparked anger on social media, as users called for the arrest of the teenager, called Khaled, under the hashtags “#القبض_على_خالد_العنصري” (Arrest Racist Khaled).

The Egyptian Embassy in South Sudan released a statement on Wednesday condemning the racist abuse seen in the video.

They called for Egyptian security services “to arrest the attackers and launch an investigation to hold them accountable following Egyptian law.”

At the time of the release of the statement, the identity of the boy was still unknown.

All we know is there is a South Sudanese child in danger, and there are Egyptian teenagers who are taking the video and posting it to their TikTok. And if this is what they are publicly sharing, then it’s evident that what’s behind the scenes is much grimmer.

The Sudanese boy is called Akok, and he was not the only one kidnapped in the hands of these teenagers.

A Gofundme page started to help the people involved in the incident, and it stated the whole story.

(Some of the text has been edited by El-Shai, but the context remains the same)

They managed to kidnapped two of them, but one cousin ran away.

They took them to a disclose location and began to abuse them sexually, mentally, and physically.

One girl was stripped naked while the Egyptian thugs were video recording her and taking pictures.

The other one had her head shaved off.

Akok tried to locate his cousins until he was captured by the same thugs and brought inside the apartment.

He was tortured, physically abused, and cursed constantly. Lastly, he was forced to clean their apartment, as many of you saw on the short clip.

He was forced to wash dishes and mop the floor.

Finally, Akok and his cousin managed to escape from their captive and ran home.

Akok’s mother was heartbroken when she saw her son.

The Egyptian authorities were notified, and the Egyptian thugs were arrested, including the Egyptian woman in that apartment, and shaved the young girl’s hair, and beat Akok.

Currently, the case is pending for the next two weeks due to the ongoing investigation.

However, Rania Deng, Akok’s mom, is still being threatened by the same thugs to drop the charges or be killed.

This Gofundme is created on behalf of Akok’s family and the acknowledgment of Pastor: Marko Deng.

The intended cause is to help the family relocate to a safer place and use the funds for medical expenses.

The interviews with the boy in the video:

(Note: Due to the accent/language differences, it was hard to catch everything Akok said, but we will be working on having the full interview translated)

Meanwhile, we looked up Pastor Marko Deng, who we were honestly unfamiliar with before reading the Gofundme page, and he had several interviews with the victims in the situation.

First, he published the interview with Akok, the young boy in the video, where he allowed the child to say his side of the story.

The interview explained that Akok was kidnapped while he was in a tuk-tuk with two female cousins, and the two girls were isolated from him.

Akok later explained that they stripped naked one of the girls and took pictures of videos of her naked, while the other girl’s hair was shaved off.

The interview with one of the kidnapped girls:

In another interview with one of the girls kidnapped, it’s easier to understand what happened.

She explained that they were on their way to attend their cousin’s birthday at 6 am when they got kidnapped.

The thugs had a knife with them, forced Akok to leave, and took the three girls who were kidnapped.

Later they stripped them naked and rapped the girls.

After the rape, they left the girl naked, started to burn her hair with a lighter, and had their mother shave off the girl’s hair.

They forced the girls to clean the house naked, and they recorded the girls.

They let one of the girls go. Shortly after, the two other girls escaped.

The rest of the video shows an interview with the girl’s mother, who more or less says the same things like the girl.

This isn’t the only hate crime that’s happening these days:

We spoke before about the racism in Egypt, yet we didn’t even know that what we saw was only the tip of the iceberg.

In the same video where Pastor Marko Deng aired the interview with the girl and her mother, he showed another example of racism that South Sudanese people face in Egypt.

The other case of racism:

A lady was interviewed by Pastor Marko Deng, who has been living and studying in Egypt. You’d think an Arab who has been in Egypt for long would be practically Egyptian by now, but that wasn’t the case.

The woman said that she recently moved into a new building with her kids, and she’s the only foreigner in it.

Since she moved, she has been having issues with the neighbors who harass her because of the noise her kids make.

She states that one day when she wasn’t in the house, her 1-year-old daughter fell and hit her head on the floor. Her downstairs neighbor heard the bang and came up to her apartment.

You’d think she’d be up to help, but instead, she started hitting the kids.

She later tells the mother, “I don’t care if your daughter even dies; you ruined the country.”

The mother later goes to the neighbor to ask her that she’d wait until she’s back and not involve the kids next time. But before she can say anything, the woman started cursing her.

Mind you, this is the first day of Ramadan, and she’s fasting.

On the third day of Ramadan, the neighbor’s daughter went up to the mother and hit her with slippers.

When the mother fought back, she was attacked by several other people. Her children were attacked and had their school iPads, and several other items and money were taken.

The neighbors had thugs in the area, and when the mother felt in danger, she made a live Facebook video asking for anyone’s help.

Luckily, she received the help she needed, and the police were later involved.

When she insisted on filing a report, she claims that she was encouraged by the police not to proceed with it because “she’s a neighbor who made an issue.”

When she insisted on proceeding with the report, she was told she’ll be placed in the cell as well, which she agreed to.

Yes, a woman who was hit in her own house, along with her children, is treated like a criminal.

Because she’s the sole caretaker of her children, she sadly had to drop the case so she’d be able to get home to her kids.

Additionally, she had to leave her house and is currently staying with other people because she feels in danger.

She later explained that she was told if she doesn’t drop the case, she might have been the only person to stay in jail since the neighbors could have paid bail, and she can’t since she’s a foreigner.

How can we solve this:

We said it before, and we’ll say it again, we need to start getting vocal about racism in Egypt.

We can’t keep pretending that we live in a utopia with no racism when most people still link blackness to slavery.

We need to have stricter rules about racism and hate crimes.

Boycott brands and celebrities that are using racism for comedy.

Start with yourself, and call out anyone who’s slightly racist, even if it’s a so-called joke.

Donate to Akok and the victim’s GoFundMe page, here. 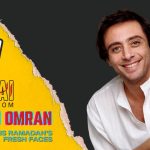 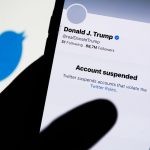