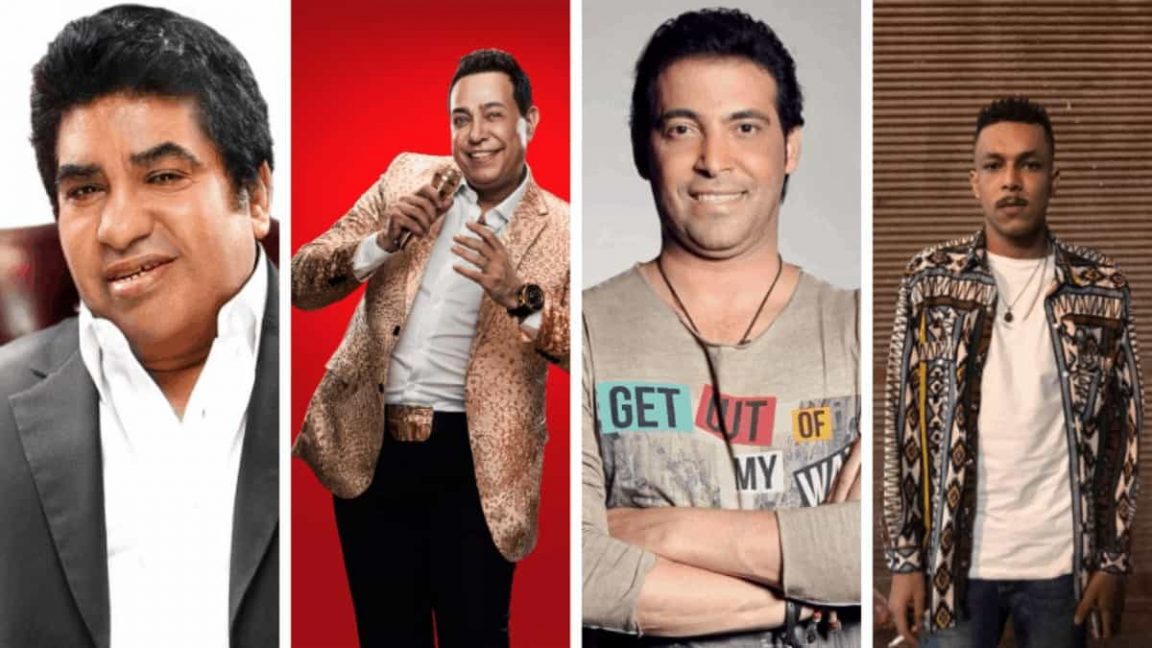 Pop music, aka, Shaabi music, in Egypt, has changed drastically in the last few years. From the authentic vocals and tunes of the boomers, like Adaweya, all the way to the electronic beats of the mahraganat and even rapping.

Things drastically changed. How did this genre go from mawawel, to rap?

First, we need to look at the golden era of the modern Shaabi music; the 80s

The shaabi music in Egypt rose to fame in the 80s by the hands of Ahmed Adaweya, Hamdy Batshan, Abdelbaset Hammouda, and many others.

This genre came from the heart of the Egyptian streets. It was 100% Egyptian which didn’t include any western instruments; like the piano, guitar, etc.

It was unlike anything released before, and with the genre being targeted towards the working class, the mainstream audience struggled to understand it at first.

Let us use Adaweya as an example. Adaweya was banned from TV and the radio and had a hard time getting accepted by the music establishment. Adaweya was the definition of underground music, where his music was only distributed through audiocassettes and was far from the mainstream.

With that said, his popularity was too huge to ignore, and he managed to become a legend!

I mean, who doesn’t sing their hearts out to the classic  ‘za7ma ya dunia za7ma’ while we’re cruising on Asr El Nile’s bridge?

One of the most popular and lovable artists that shape the modern shaabi genre in Egypt is Hakim. Hakim took this genre to a whole new level and made us fell in love with an authentic voice and energetic vibes.

He rose to fame in the nineties through his album ‘Nazra’ and rose to fame due to his authentic voice and his unique type of music.

Hakim is one of the important shaabi singers as he took this Egyptian genre and westernize it and turn it to pop instead. He wanted to make shaabi music to fit at an international level.

He made it internationally and became very well known in Europe with almost every concert he performs there sells out completely. Moreover, he shared the stage with many international stars like Gloria Gaynor, Elton John, Stevie Wonder, and James Brown. 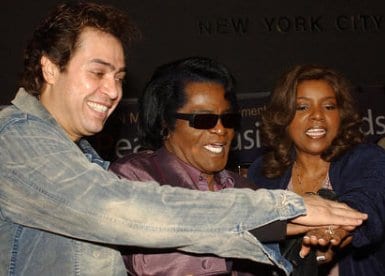 He was selected to represent the Arab World in the Noble Peace Prize ceremony in November 2006 including Rihanna, Cat Stevens, and Lionel Richi.

Above all of this, he won several awards like  Best Video Clip at the Paoli Awards in Puerto Rico, Best North African Singer, he also received honours in the USA. He was also the representative singer of Egypt in The African Cup 2019!

Not to mention his iconic popular duo with James Brown!

Hakim did and still do a lot to the shaabi music industry in Egypt, we cannot get over his iconic songs that whenever or wherever we hear any of them we sing our hearts out to and cannot stand still and dance.

The transition from respected music to novelty performance; the 00s

Those singers made their way into the music scene and gained many fans by their catchy beats and lyrics. The lyrics went from making political statements to just random words that rhymed. Shaaban Abd El Rehim made a career out of the same music arrangement with different words, added to it.

You have Saad El Soghyar, on the other hand, appealing to a bigger audience by making the catchiest tuned with almost no song making any sense. His Hit, El Enab, is literally a song just about grapes.

However, people loved him.

He even broke into the film industries by having a while movie made just to release a new song of his.

While most of these singers were extremely popular, and were players or even performed in almost every wedding; their music was never taken seriously.

These singers might have been way more popular than any shaabi singers before them, but their lack of effort in their music made it impossible for anyone to respect them or their work.

The work of those legends of the 80s and the 90s all went to waste because the genre went back to being unaccepted by the mainstream masses and by the music industry.

Now how did shaabi music go from the glee voice of Adaweya and Hakim to the energetic beats of mahrganat and trap/rap music? The 2010’s to 2020s

In the last few years, the music genre ‘mahrganat’ was popularized between all the classes in Egypt. This genre is now playing at weddings, car rides, parties, and birthdays. It has strong energetic and electronic beats that fill the weather with dancing and partying.

This came out by the hands of Oka w Ortega, madfaagya, and others like them; they made their way into popularity because of their danceable rhythm that appealed to many of the Egyptians.

This type of music is concerned with lyrics that most of the time tell a story of the working class, and slums in Egypt in which the music comes out as an expressing way of their everyday life.

Now we have many singers that rose to fame in a short time like Hamo Bika, Hassan Shakoush, Oka w Ortega, and many others that release a song and become a trend!

Who can forget how ‘Mahrgan Bent El Geran’ that manage to hit No.2 on Spotify worldwide ahead of Elon Musk’s track, and even hit 200 million views of YouTube!

Then leading to what we have now; trap music. Due to the effect of western culture, rap/trap music has cropped up.

After the shaabi music and mahragnat, a new genre appeared in Egypt, which is trap/rap music, and it feels like it is a mix of shaabi and rap.

Now the current trend music is the trap/rap music, this genre originated from the West, but it has gained a lot of popularity in recent years here in Egypt and in a short time.

The trap/rap singers Wegz, Abuysif, Marwan Pablo, and many others became so famous that whenever they release a song, it is everywhere afterward. And by the use of social media -that is a necessary factor of making them popular- it is easier to follow these trends.

Although this kind of music was inspired by the West, these artists manage to make it fit in the Egyptian culture. Its catchy beats and clever lyrics made its way in Egyptian music.

While many people don’t like these genres whether shaabi, mahrganat, or trap/rap music; there are many others that like them, and these genres have a huge fan base and we all should respect that.

Now if you’re a fan of oldies or a fan of trendies, you’ll always find your way due to the diverse music in Egypt! 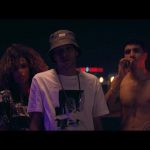 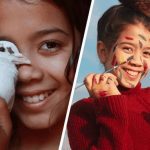