With the attendance of the film’s cast and creators, Tunisian film Streams, by Mehdi Hmili, will land its world premiere at the Locarno Festival, where it will compete for six awards within the Filmmakers of the Present (Concorso Cineasti del presente) competition.

In addition, the film will have four screenings within the festival, including a press screening. The premiere will be attended by the director Mehdi Hmili and the film’s cast, including Afef Ben Mahmoud, Zaza, Sarah Hannachi, and the Producer Moufida Fedhila and the Sound Designer Aymen Labidi. Most recently, the film’s poster has been released.

The press screening will be held on Wednesday, August 11, at 7:00 PM (GMT +1) at Teatro Kursaal, while the first public screening will be held on Thursday, August 12, at 6:00 PM at Pala Cinema 1 and will be followed by a discussion with the film’s cast and crew. Also, the film will screen on Friday at 5:00 PM at La Sala and on Saturday at 1:30 PM at PalaCinema Sala 2 and PalaCinema Leopard Club.

The Filmmakers of the Present (Concorso Cineasti del presente) competition is one of the festival’s most remarkable competitions dedicated to emerging directors from all over the world and showcases their first and second films. It presents 15 world premieres of feature films and documentaries that compete for the following awards: Golden Leopard for Best Film, Special Jury Prize, Best Emerging Director, Swatch First Feature Award, Leopard for the Best Actor, and Leopard for the Best Actress.

Founded in 1946, the Locarno Festival has occupied a unique position in the landscape of the major film festivals. Every August, the town of Locarno, located in the heart of Europe, becomes the world capital of auteur cinema for eleven days.

Amel works in a factory in Tunis. She lives with her alcoholic husband Tahar, a former local football player, and their only son Moumen, a talented teenage football goalkeeper. The mother meets Imed, who claims to help Moumen with his career. But the wealthy businessman takes advantage of the situation and abuses her. The police catch them. Amel is imprisoned, accused of adultery and prostitution. Moumen finds himself destroyed by the scandal.

Streams is a joint production between Yol Film House (Tunisia), Tarantula (Luxembourg), MPM Film (France), Clandestino Production (Tunisia), and in association with Allam Film (USA). It was developed in the prestigious Canadian workshop (Grand Nord). It received the screenplay Prize of the Institut Français and the CineGouna post-production prize and grants from The Tunisian National Center of Cinema, The Film Fund Luxembourg, and The French National Center of Cinema.

Mehdi Hmili is a Tunisian writer and filmmaker. He studied cinema in Tunisia before graduating from the Paris Film School. While in France, he directed his short trilogy about love and exile: “X-Moment” (2009), “Li-La” (2011), and “The Night of Badr” (2012). His first feature-length film, “Thala Mon Amour” (2016), was selected in worldwide film festivals like Torino Film Festival, Carthage Film Festival and won several prizes. His last production, “Fouledh,” was chosen in La Fabrique Cinema at the 72nd Cannes Film Festival. 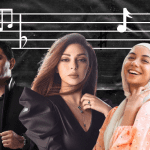 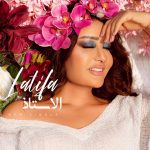