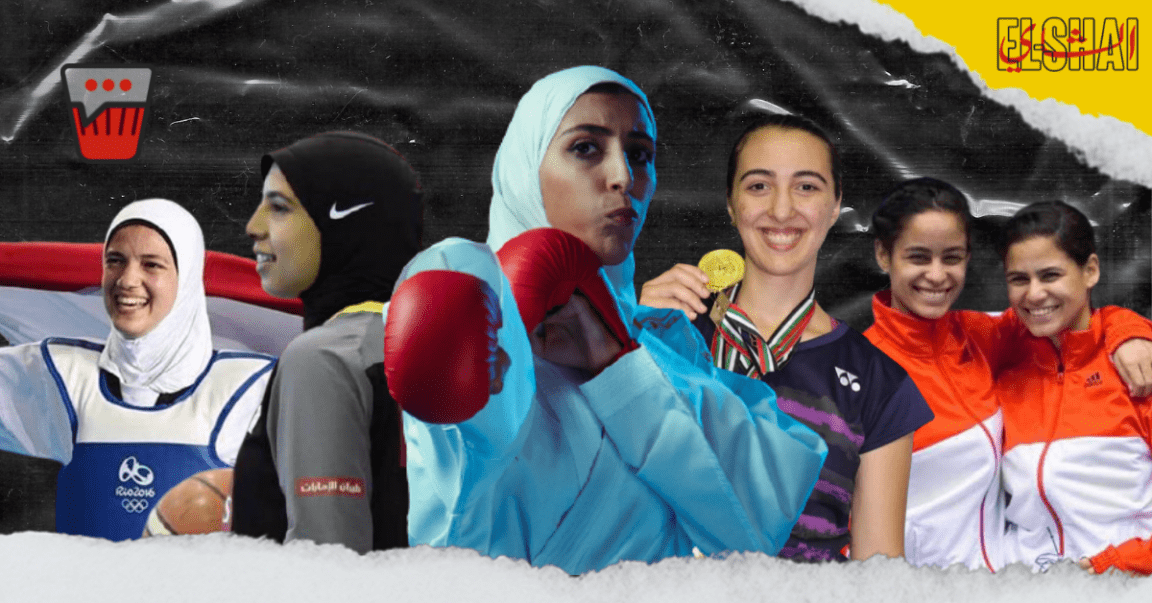 Egyptian women prove their worth to be famous, successful, and role models, despite all the hardships and challenges they may face in their journey. Here is proof.

At the beginning of the day, she moves to the headquarters of the Egyptian Parliament and begins to exercise her duties as a member of Parliament. As soon as the session ends, she takes off her uniform and replaces it with training clothes.

Egyptian badminton star born on July 30, 1988, in Cairo. She started playing the game in 2002 until now. She participated in two consecutive Olympic Games, Beijing 2008 and 2012.

In addition to sports and political excellence, Hosni succeeded to be an assistant teacher at the College of Pharmacy at the British University of Bath for “pharmacology,” a subject in toxicology and medicine and is currently preparing for a doctorate.

The Sisters Yasmina and Haidy

Yasmina and Heidi Al-Saeed. Two Egyptian referees in handball, not just two referees. In fact, they are the youngest international referees in the history of handball.

The first is 24 years old, and the second is only 22 years old, but they have already managed men’s international matches and the finals of continental competitions.

They started their career with refereeing in 2012. First, they ran some friendly tournaments, and then they started getting some matches until 2014 was a watershed in their career.

Unfortunately, in 2012, the Egyptian Federation couldn’t make a girls’ team at any stage of the handball game because it is a game that is not prevalent in women in Egypt, but “Yasmina and “Heidi” who were attached to this sport, in particular, decided to change of their specialization.

They took a test in Togo in 2014 when Yasmina was 19 years old, while Heidi was only 17 years old, and after succeeding in it, they got the continental badge to manage matches in Africa.

The Congolese match with Côte d’Ivoire in the quarter-finals of the African Games was the first match they had for men.

“We can consider this match a milestone in our career. At that time, we played a great match technically, and the CAF President was surprised to congratulate us on the performance and revealed to us that he had decided to include our names on the list for testing and obtaining the international badge in Morocco.”

World Karate champion Egyptian Female karate Athlete started karate at the age of 6 years at Ahly Club. Giana chose karate to follow her dream. She reached her dream as one of the karate stars and earned 8 consecutive gold medals in world championships.

The Egyptian star extended her impressive list of awards and increased her outstanding count of victories to reach the top of the podium the eight-time world champion and has claimed gold or silver medals in all her appearances in major international events till 2018 she won several gold and silver medals in all championships which she participated in.

Giana Farouk is starting her journey in Tokyo Olympics 2020 in the coming few days.

Egyptian civil engineer and basketball player Sarah Gamal, 32, who became a match referee, is about to go down in history. She will be the first veiled Arab and African Muslim woman to officiate a basketball match at the Tokyo Olympics.

Representing Egypt in the Olympics was one of my dreams, as it is a global event.

Sarah Gamal to SadaElbalad through a zoom session.

Egyptian Women are making history in Tokyo Olympics 2020. What a Pride! 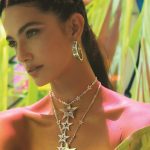 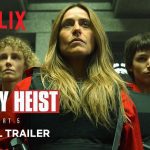