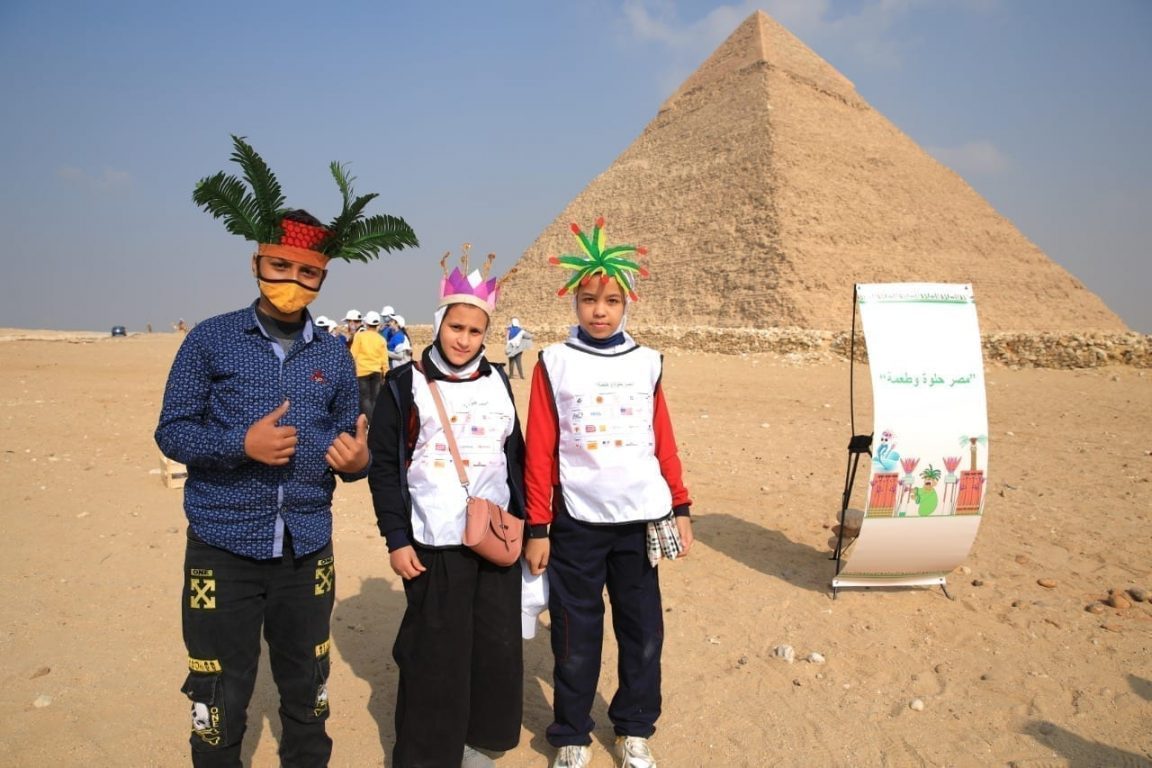 Art D’Égypte, which specialises in organising art and cultural exhibitions, organised a trip for government school children in Giza to the Pyramids, in cooperation with the National Commission for UNESCO in Egypt, the UNESCO associated schools network (ASPNet) and Datifa Culture Tours.

The tour was part of the community engagement program under the Forever Is Now exhibition, which is scheduled to open on October 23, 2021.

The program, organised by Art D’Égypte, aims to involve the Giza communities that are surrounding the Pyramids archaeological site in the organisation of the Forever is Now exhibition.

Through community engagement, Art D’Égypte seeks to raise the children’s awareness of the value of Egypt’s cultural heritage and their role in protecting it, whilst helping them develop and cultivate new artistic skills. 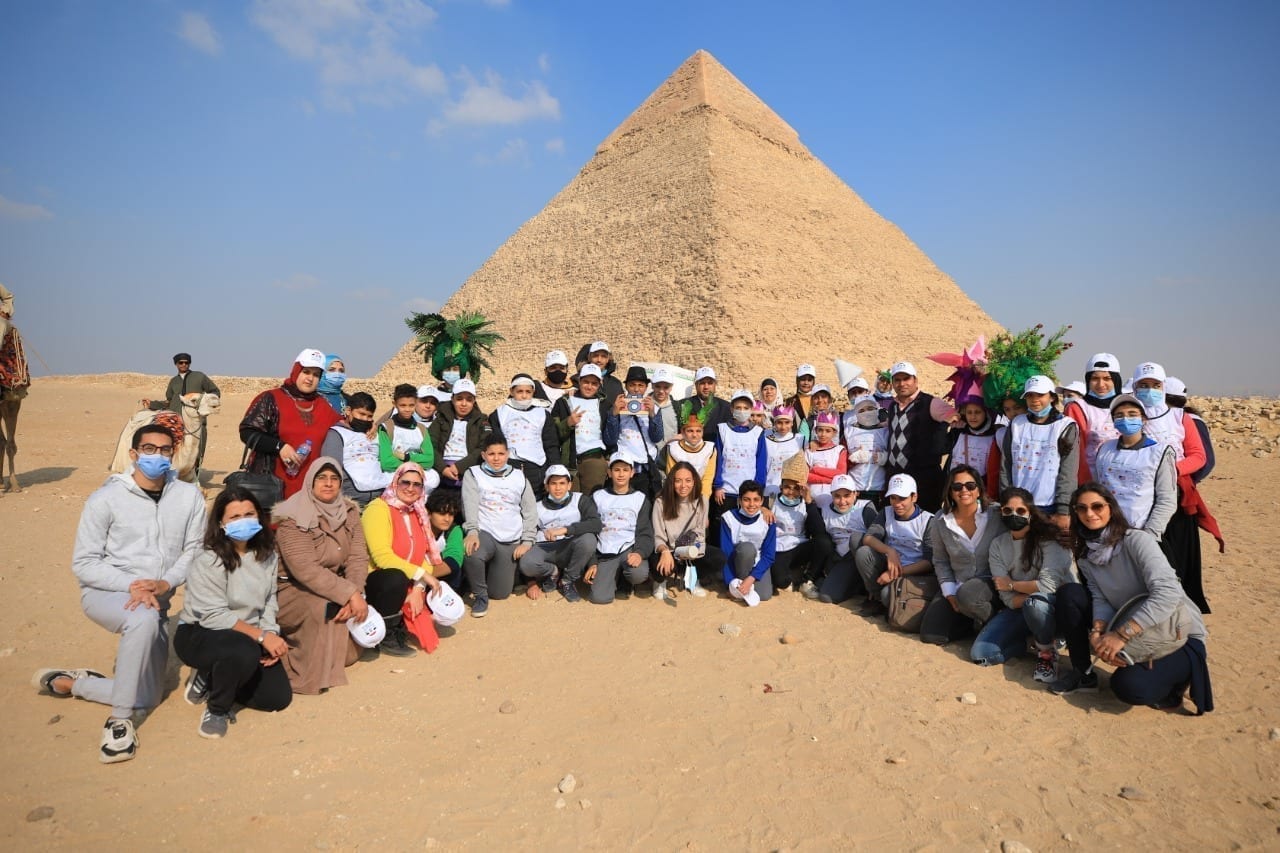 “Art D’Égypte had recently announced it will organize community engagement activities throughout the year until the launch of the Forever Is Now exhibition, to raise awareness of the importance of Egyptian heritage.

Indeed, today we are organising a visit for 80 children aged 10-12 years old from the Egyptian public schools to the Pyramids.

During the trip, we showed them the area through a new lens to understand its importance. We are also organising activities that are appropriate for their age, such as distributing colouring books prepared by the artist Hala Saroufim.

The Kan Yama Kan book is part of the Misr Helwa wa Teama project, which features stories teaching kids about the ancient Egyptian civilisation, advising them on how to safeguard the historical sites and how to preserve our cultural heritage using fun cartoons and Egyptian characters.

Abdel Ghaffar added: “Art D’Égypte exhibitions link ancient and contemporary arts. Our fourth exhibition Forever Is Now, will commemorate the Egyptian sculptor Adam Henein, who passed away at the age of 91.

He is considered one of the most prominent contemporary sculptors in the Arab world. He drew his inspiration from the Ancient Egyptian civilisation after visiting the Egyptian Museum in Cairo’s Tahrir Square when he was eight years old, a trip that became a turning point in his life.

This story has inspired us, in Art D’Égypte, to provide cultural activities for children to try to pave a path for those children through Egyptian cultural and artistic heritage.”

On her part, Ghada Abdelbary, Secretary-General of the Egyptian National Committee for UNESCO said: “We are keen to sponsor initiatives of non-governmental and civil society institutions that fall within the policy and strategies of UNESCO.

It was out of this belief that we sponsor Art D’Égypte initiative to publish the Misr Helwa Wa Teame colouring book series, which explains, in an attractive way to children, the heritage of their Pharaonic civilisation. The book highlights one of the critical Egyptian sites registered in the World Heritage List, the pyramids area from Giza to Dahshur.

This activity is consistent with the UNESCO World Heritage Education Program, which was launched as a special project for UNESCO in 1994 to allow young people to participate in protecting their cultural heritage as well as protecting and promoting global heritage.”

“Since the beginning of our company, our mission has been to raise a generation of Egyptians who are proud of their country and love its history. We plan to work with UNESCO and Art D’Égypte in similar projects again in the future.”

Forever Is Now exhibition will be the first time in the 4500-year history of the Giza Plateau that contemporary artists from all around the world are invited to showcase their work juxtaposed with the monumental backdrop of the Great Pyramids of Giza.

The exhibition shows the deep influence that ancient Egypt had on the world. This influence also remains in full swing through contemporary arts and creativity and continue to inspire artists to this day.

The exhibition is the first of its kind. It represents a merging of ancient heritage and contemporary art at the oldest and last remaining of the Seven Wonders of the Ancient World, which today survives as a UNESCO world heritage site. 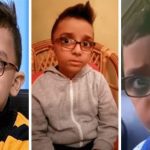 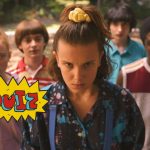