The Arab Media Award is based on votes by 100 journalists and critics from Egypt and the Arab world who voted for the best of 2020.

While the ceremony of the second edition of the Arab Media Award was cancelled due to Covid-19, organisers insisted to still hand out awards for the winners.

This is also the first time Ramses works with Palestinian star Kamel El Basha, winner of La Biennale’s Volpi Cup for Best Actor at the 74th Venice International Film Festival for his role in The Insult.

The curfew declared during that time forces Faten to spend one night with her daughter, Laila, who faces her mother with a second trial in search of answers. The night passes with both women trying to accept one another.

The movie was screened during Cairo International Film Festival, where Shaheen shared the award with Natalya Pavlenkova for another movie.

About Amir Ramses; writer and director of the movie Curfew

Amir Ramses is an Egyptian director, who graduated from the Higher Institute of Cinema in 2000. He initially worked as an assistant director in several films with Egyptian international director Youssef Chahine.

His feature film Cairo Time was the opening film for the Arabian Nights Program, at the 2014 Dubai International Film Festival. Ramses has been appointed as the El Gouna Film Festival’s artistic director since its first edition. 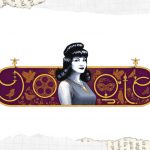 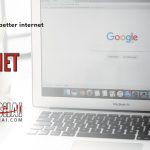