The Lebanese singer who is also known as ‘the ambassador of love’, and is famous for his prestigious lyrics, and how manly he treated women.

Yet, his ex-wife claims he is abusive and violent.

So, what do we know about these allegations?

According to Raseef 22 and Bawbet Akhbar El Yom, It all started when Kafoury and his ex-wife, Angela Besharah, were getting their divorce and he didn’t want to publicly announce it.

His ex-wife then claimed that he didn’t want to support her with their children’s expenses, which is why she decided to take it publicly. Then their issues began to appear in the media when his wife waged him legally to obtain her children’s rights.

She also claimed that their two children are living in an uncomfortable and small house while their father is living in a two floors house.

And then violence began

Besharah didn’t want to go public with him being abusive for the sake of their children.

But a source close to her leaked some news and stated that she was beaten up by him, locked up for nine years and he refused to let her continue her education.

On top of that, the public and the media defended Kafoury, and call his Besharah a liar, and that he has all the right to protect his privacy! According to the sources.

It’s not new for Kafoury’s being violent!

According to Elaph, Wael Kafoury has been violent for years. He threatened a worker with a weapon.

This worker was fixing something in his villa and he asked Kafoury’s dad for his payment and Kafoury threatened him with a gun!

We’ve even witnessed his violence on TV! When he was invited to “Ramez Taht El Ard”, he was shown hitting the driver to stop the car. He also insulted the driver and was overall violent with him.

We sadly couldn’t add a clip from the episode due to copyrights reasons, but with a little bit of search online, you’ll be able to see it.

So Kafoury’s being abusive and violent is not a claim or false allegations, he should hold accountable for what he did for his ex-wife.

He should give his ex-wife and his children all of their rights. 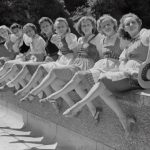 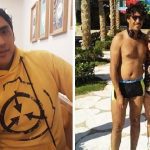