The movie participated in the official competition of the Pan African Film Festival PAFF 2021, an official qualifying film festival for the Academy of Motion Picture Arts & Sciences.

“Tuk-Tuk” will be participating in Cleveland International Film Festival as well, the largest film festival in Ohio. It is also one of the festivals eligible for Oscar nominations, held from April 7 to 20, 2021.

The short movie will be screening in the festival’s 37th edition, which is scheduled to take place from 9 to April 18.

The film is based on a true story and revolves around Walaa, who tries to provide an income for her family after her husband immigrated illegally.

Circumstances force her to work as a tuk-tuk driver, fall into many problems, and face society’s negative aspects, including violence, harassment, and male domination of the tuk-tuk market.

The movie “Tuk-Tuk” is produced by Rami Yaqoub, Sherine Alaa, and Muhammad Khader and co-written by Sherif Abdel Hadi.

Tuk-tuk is directed, filmed, and edited by Mohamed Khidr.

Muhammad Khidr studied filmmaking at the New York Film Academy and set up a production company specializing in producing independent films, with Tok Tok being his first directing experience. 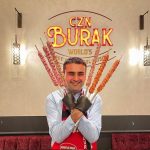 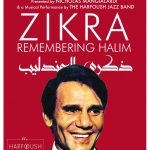