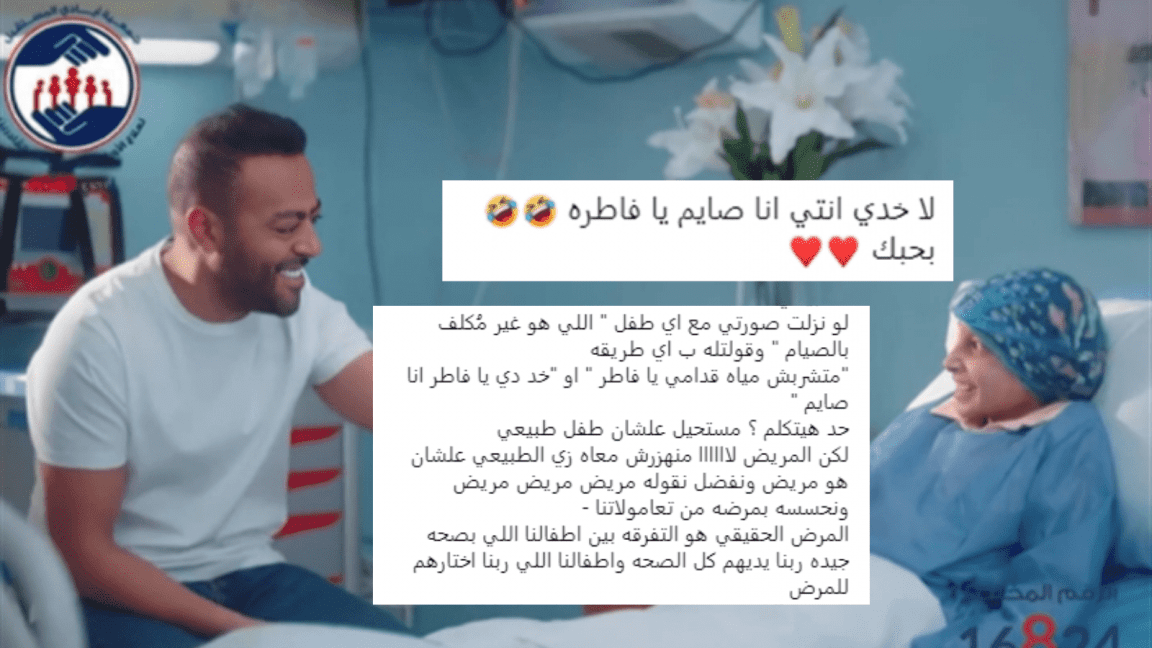 There’s an Egyptian singer called Tamer Ashour, who’s mostly known for his depressing songs, and now, apparently, he doesn’t have an IQ above 20.

In a sad attempt at being funny, Mr. Tamer Ashour decided to post a picture with a cancer patient, where he is offering her an orange with the caption saying, “You eat, I’m fasting; non-faster.”

Apparently, his intentions were to raise awareness and collect donations for kids with cancer, but instead, he decided to insult them because they’re not fasting. Yeah, you know, not fasting cause they have freakin cancer…

I mean, how dare people get offended because someone is making a joke out of kids with cancer, am I right?

While we almost made a post about this incident to call him out yesterday, my journalist’s intuition told me to wait because he will definitely make a horrible apology, and this piece of trash is not worth more than one post.

And he did, kinda.

He made a post, but it was far from an apology. In fact, he called people who got offended out for being offended.

“Throughout my career, I never made fun of anyone healthy to make fun of someone ill.

And whoever takes my words to the sick of their souls is weak, and they are the ones who are sick, who differentiate between the ill and the normal person.”

Yes, you’re the one with a weak soul. And yes, he did say “normal person,” as if ill people aren’t normal. No, it’s not lost in translation.

And wait, it gets worse!

“If I posted my picture with any child “who is not obligated to fast” and said it by any means
“Drink water in front of me, non-faster,” will you say anything? No, because it’s a normal child.”

Yes, again with the normal and abnormal shit again.

“The real disease is that the idea of “calibration” came to you before a hundred other ideas from the beauty of the girl, her laughter, and the joy of the image.”

No, he doesn’t shut the hell up here; Mr. Tamer Ashour still digs himself a bigger hole.

“Many people affiliated with the “margin of the margin of the artistic field” who never saw any wrongdoing from me, except me not giving them dates to meet commented about it. As if they were waiting for any mistake.

My advice is that life goes by; try to do something better with yours.”

He then went on to say he was hugging the girl the whole time and that they have plans together.

To be honest, I have no interest in this person or his work. His presence in my life means absolutely nothing, and I’m only familiar with him from memes.

I’m definitely not a fan and have absolutely no reason to hate him as well.

As offensive as the first post was, I got it. It could have been a dumb mistake. We’ve all been there, and we learn, apologize, and move on.

You offended hundreds and thousands of people, including sick children. I don’t care who you think you are, but they deserve an apology.

Insulting those who are offended is a level of arrogance that I, quite frankly, have never seen before.

Apologies are hard; I get it. They can be embarrassing and bad for the ego, sure. But insulting people, including cancer patients, who got offended?

Dude, get help! You need it. 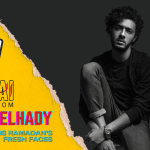 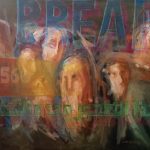