Yes, you read that title correctly, and no, your eyes aren’t deceiving you.

All of us used to fight against our siblings using pillows, and we always got scolded for doing so, but now you can solve any unsolved argument with your siblings in the arena and you will have people cheering for you.

The first professional Pillow Fighting Championship (PFC), yes it has its own acronym, was held in Florida in January. The championship had 24 contenders with 16 of them being males and the remaining 8 were females.

In an attempt to make us take this sport seriously, Steve Williams, CEO of PFC, described the sport to Reuters saying “It’s not something where you sit there and laugh and feathers are flying, It’s serious. It’s hardcore swinging with specialized pillows.”

This “hardcore swinging with specialized pillows” sentence is enough to make us laugh.

The two winners from the male and female categories got 5,000 US dollars along with a belt which will be a good way to start a conversation saying “Yes, I got this at a pillow fighting championship.”

We now hope that Covid ends soon because we can see that people are getting bored to the point where they made pillow fighting a sport. 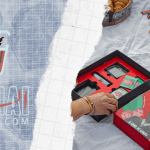 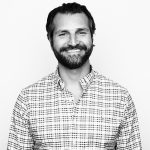