The classic Google logo is occasionally changed into animation as part of Google Doodles to pay tribute to an important figure or moment in history. For example, the most recent signature doodle honors the late Egyptian historian Mostafa Abdel-Hamid El-Abbadi.

In celebration of what would have been El-Abbadi’s 94th birthday, Google’s doodle shows illustrations not only of the Library of Alexandria but also features a drawing of the professor reading a book.

But who is Mostafa El-Abbadi, and Why is he significant to Egyptian history?

El-Abbadi was born in 1928 in Cairo, Egypt. His passion for academia was sparked by the fact that his father founded the College of Letters and Arts at the University of Alexandria. At the age of 22, he earned high honors and a scholarship to the University of Cambridge.

After earning his degree, El-Abbadi returned to the University of Alexandria, where he was eventually appointed a professor of classics.

He frequently endorsed the idea of modernizing the vast universal library in his lectures. he eventually succeeded in getting Unesco and the Egyptian government to back his initiative. , The Bibliotheca Alexandrina first welcomed visitors in 2002, almost 15 years after it was conceived and built.

The library has a planetarium and contains more than eight million books on seven floors spread across four museums. It serves as a public research institute in addition to its other roles.

Although El-Abbadi passed away in 2017, his contributions will forever be treasured by Egypt and the world. 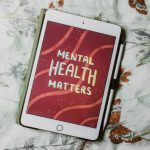 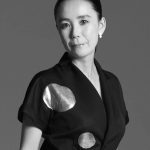