Shahid rolled out the promo trailer for their latest drama series, Azmat Montasaf Al Omar (Midlife Crisis), and it features so many plot twists already.

So, we spoke to Hend Abdelhalim to find out more about her character on the show…

“I think what attracted me to Salma’s character in Azmat Montasaf Al Omr is the complete difference from my real character, so I felt her and sympathized with her experience. That affected me a lot during shooting.

Moreover, talking about the character became hard for me and triggering. I liked so much how Salma’s story is featured during the series and I thought it is different so that I was excited to play the role.”

Salma, played by Hend Abdelhalim, suffers from addiction and falls victim to family problems. After watching the trailer, we can truly see her maneuvering through the trials and tribulations of portraying such an intense spectrum of emotions.

You may have seen her in previous roles, such as Hekayat Banat, Zodiac, Awalem Khafeya, and El Ab El Rohi. Abdelhalim also acted recently in several films, including 11:11 and The Walls.

The actress started her career back in 2015 when she made her debut in Elkaboos after starring in various theatre performances and receiving the Best Actress award at the Egyptian National Theatre Festival for her role in Here’s Antigone.

Are you excited to see Hend Abdelhalim’s upcoming role? We are! 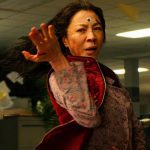 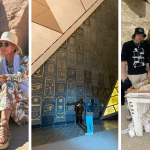