Google Arts & Culture announced today the launch of the “The Art & Soul of Mosul” in collaboration with AlGhad radio.

The online project helps preserve Maslawi heritage, including iconic landmarks that faced destruction such as the Noori Complex and the Lion of Mosul,

The launch of the Art & Soul of Mosul coincides with the second anniversary of the “Return to Mosul Exhibition” and is Google Arts & Culture’s latest project showcasing and supporting the preservation of contemporary culture and ancient heritage of the Middle East.

Using Google Arts & Culture’s cutting-edge technology and in an effort to support the preservation of local heritage sites across the Middle East, people can discover the Noori Complex, an icon unfortunately faced destruction. People can also walk through Mosul’s Old City using Street View and view 3D models of heritage sites at risk, such as Mosul’s first mosque and one of its oldest churches.

The Art & Soul of Mosul also allows people to immerse themselves in the beauty of Mosulian art through in-painting tours and videos. The project showcases incredible artwork which brings to life the stories of the city and the people, including the lives of women and children during and after the war, including art from the 2018 “Return to Mosul” exhibition hosted at the Mosul Cultural Museum in Iraq.

Marwan Tariq, an artist who participated in the 2018 exhibition said “the message of the workshop to the world is that the city of Mosul, the city of art, is still alive despite the destruction and grinding war that destroyed people and the infrastructure…. it is full of life and peace.”

Marwan, like many other artists and residents of Mosul have their own stories of perseverance which people can listen to and also discover how the community worked together to rebuild a neighbourhood.

Google Arts & Culture’s mission is to help make the world’s culture accessible to anyone, anywhere. As an innovation partner, we work with over 2000 cultural institutions from over 80 countries at your fingertips. 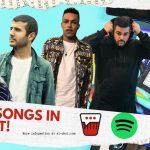