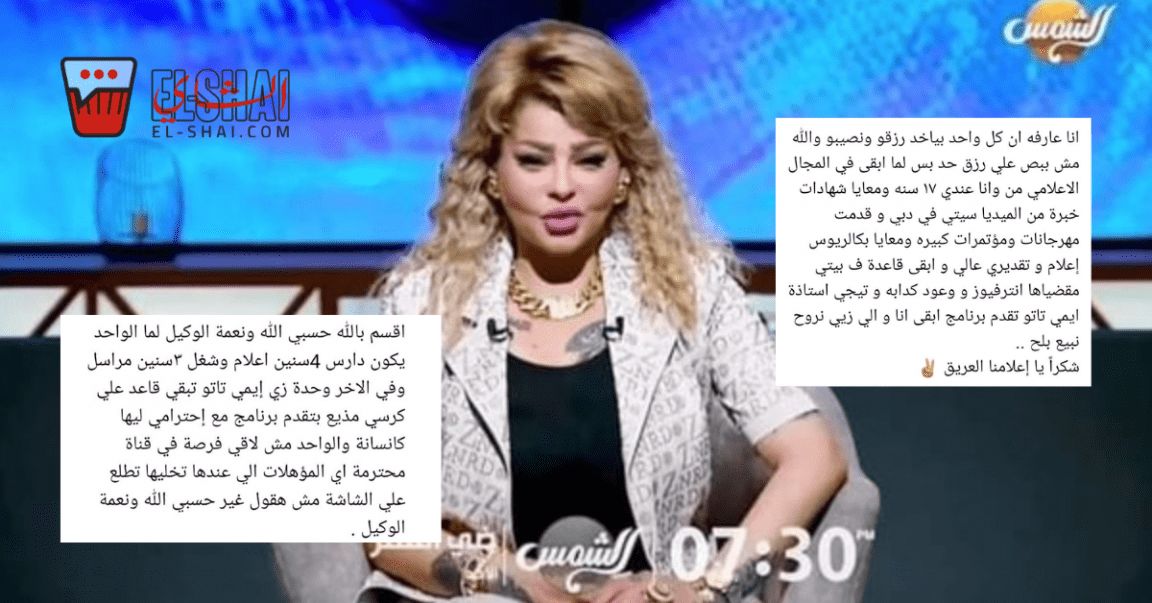 Another controversy on social media is happening surrounding Emy Kamal – AKA Emy Tattoo – since it’s been announced that she’ll be having her own TV program on the “Al Shams” channel. Her TV program will also discuss women’s beauty and health issues, sticking to her brand.

In case you don’t know who Emy is, she became famous on social media, specifically TikTok, for making beauty-related content to promote her beauty center business. Emy became mostly known for always claiming, “I’m not a hairdresser; I’m a beautician.”

A beautician with millions of daily views on social media getting her TV program on beauty – makes sense, right? Apparently not, because many on social media and other media platforms obviously don’t like this.

One headline from an article written about the program says, “After announcing her new program, social media pioneers attack Emmy Tattoo: What qualifications does she have?”

Later on, the president of the channel made a statement claiming Emy never had a program on their channel and completely threw her under the bus.

This statement also comes after the Supreme Council for Media Regulation decided to ban the program after receiving several complaints about the program’s violation of media codes, violating the terms of the license issued to the channel, and transferring the legal official to investigate the violations attributed to the channel.

Now, this is where we’re starting to have an issue with the attacks, beginning with a very simple question; how many hosts have the proper qualifications to have their own programs?

We don’t want to mention any other host by name, but let’s just be frank: most bloggers now get their own programs without any formal qualifications – especially when it comes to beauty programs.

We also can’t talk about qualifications and not mention how nepotism is alive and well in Egypt. In fact, it’s not even considered an issue.

So why is it that “Emy tattoo” is the one being attacked for having her own program? It’s time to call it like it is and acknowledge that this is pure classicism.

Emy is not your typical rich beauty blogger who is either born or married rich, then had her own program through connections. Instead, she represents the middle-class struggling and finding ways to make a living and a name for themselves.

Let us not forget that promoting her business was the reason she opted to go on social media, to begin with.

Emy does not care what you think of her – she just wants to promote her business and educate people in the process about the industry she is obviously passionate about.

Why is Emy the only one being attacked for having her own program?
Why can’t she have an opportunity like everyone else?
Why aren’t we opposed to other unqualified hosts?

This really isn’t about Emy herself – she’s actually quite irrelevant to the conversation. Instead, it’s a matter of why only she is getting the attacks? Everyone is free to have their opinion on her. In fact, I, the writer of this, am not a fan of her, and I find her annoying, but not everything has to be my cup of tea.

This is exactly like how a high-class, unveiled, rich, well-connected influencer becomes the reason why it’s okay to be a hijabi in swimwear.

We are only okay with the high-class, traditionally attractive, and rich people taking opportunities from us, but god forbid it’s someone of the middle or lower class. Unfortunately, this judgment is especially prominent in the middle and lower classes, and it’s starting to get ridiculous.

You either live and let live or start judging everyone equally. Call out everyone who’s in a job without the proper education for it. Who cares about experience? We all need formal qualifications, right? 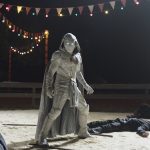 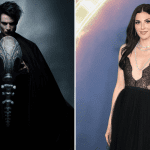