We see you, we acknowledge you, and we know what you did!

A Youtuber followed by millions, K-Pop singer listened by millions too, accused of raping a girl, and he confirmed it in a video.

At first, let us know who’s this person.

Daud Kim, formally known as Kim Kyun-woo , known professionally as Jay, is a South Korean singer, actor and Youtuber. He is a member of EDM trio TraxX and a former member of SM Entertainment’s project group SM The Ballad.

In September 2019, Kim appeared in a video announcing that he’s converting to Islam and he deleted all his youtube videos except for the one he’s promoting his conversion.

His Youtube channel gained over 500,000 subscribes after this announced and now he has 2 million subscribers.

A woman called him in a video that he tried to rape her in her sleep and that she has more proof that he’s a rapist, and this whole conversion thing is to gain attention and manipulate his followers.

But of course, he accused this woman of lying, denied all of these allegations and his fans verbally harassed and insulted the girl and her friends.

Here comes the most significant issue.

His conversion to Islam brought many Arab and Muslim followers to him.

They cheered him and protected him at all coast; so when he was accused of these rape allegations, his Arab and Muslim fans defended him and said that this allegation is to harm Islam.

And that came from the mouth of the one and only raping defender and the women’s enemy the so-called Islamic advocate.

He publicly announced on his Twitter account that he is supporting and defending Daud Kim, the rapist.

In 7 minutes and a half video on youtube, Kim talked about this raping incident mentioning that he was drunk and being unaware is not a justification for his crime; But it took him a year of denying, and abusing the girl to admit it.

He apologised to the woman in this video.

Then came the raping defender supporting the rapist more by saying that he apologised, he regrets it, and we should embrace him; like seriously? Embracing a rapist and feeling sorry for him. 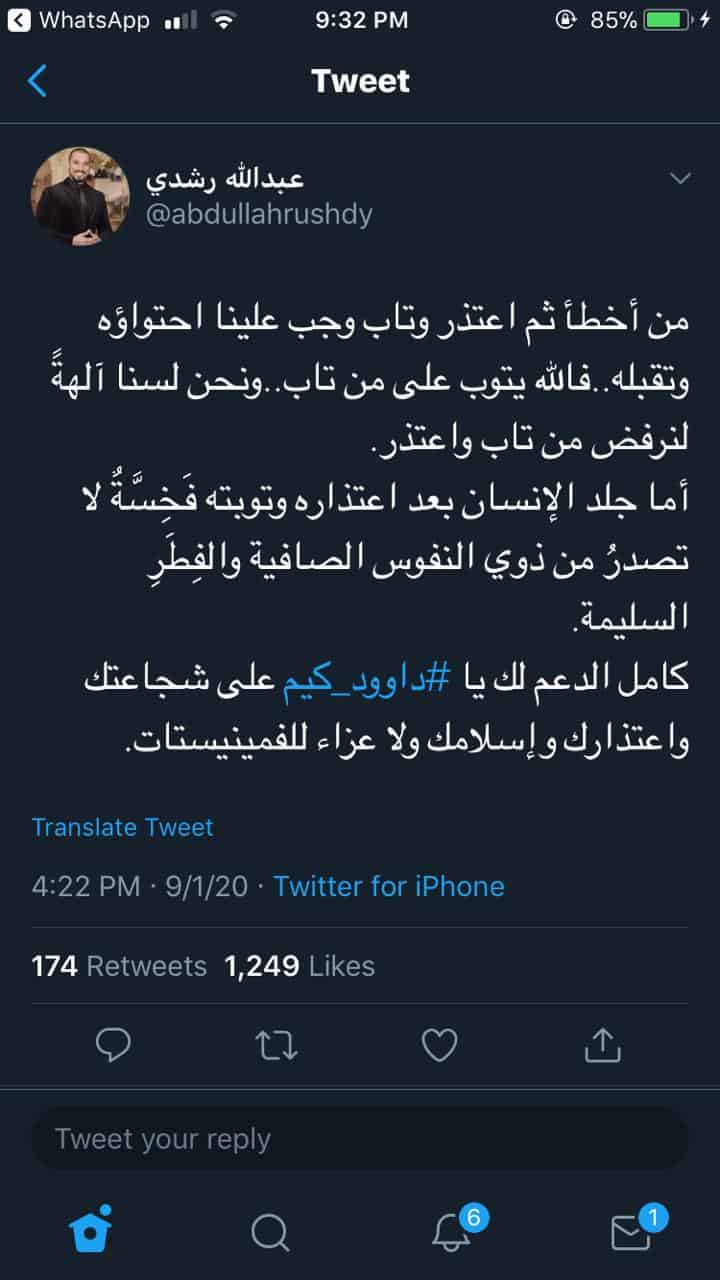 He got so much attack from people because he is defending the rapist, so he tweeted another tweet to clarify his stance.

However, this person needs to hold accountable for what he’s saying, he is being followed by thousands of people, and thousands see him as a role model.

This is not acceptable, defending and supporting the rapist is not permitted, and it is considered a crime.

Even if the rapist apologised, he should pay the price of what he did, and we should not show him any remorse. 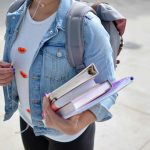 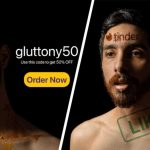